Felice Hapetzeder is interested in the aesthetics and social context of creative practice. His methods span across video art, installation, sculpture, workshop-performance and photography.

Felice Hapetzeder is an artist with MFA degree from the Fine Arts department at Konstfack College of Art, Crafts and Design in 2002. Much of his work can be read as expressing a marginal voice, an independent channel outside the dominant narratives; subtly questioning cultural heritage production and manipulation of collective memory and oblivion. He works both independently and in collaboration with others; interested in the border between documentary storytelling and dramatization or learning as artistic expression. Hapetzeder also works as an independent manager of art projects, often by way of international exchanges and as an art educator. He is the founder of Samtidskonst i Bro – Contemporary art in Bro community 2017 to current, part of the video art exchange and development project Carousell 2013-2018, a part of the artist duo Local A. 2008-2017 and one of the initiators of ak28 independent art space in Stockholm 2003-2008.

“I love borrowing Street art as a strategy to approach the city as a space for art where context is as important as the addition. This is where the water and the environment around it come in with these micro-monuments that we set up. It denotes temporary interventions in the city’s architecture / environment and contributes with an additional layer of story, to actively make additions and comment on the existing cultural heritage – to Cultural Heritage (Concept by Qaisar Mahmood).”

” I am interested in the time just when photography developed into a moving image. In “I love myself”, images are put together with inspiration from George Demeny’s “Je vous aime” – a photographic-pedagogical experiment from 1891. The turn of the century, a time when industry still had a future, even in this place. Demeny tried with teary eyes to look straight into the sun so that the camera could expose a photo with each lip movement while he said “I love you”. The pictures would be used as an educational tool for the hearing impaired. The photographic film’s need for light was great at the time, hence the peculiar method. The pedagogical result was not a success, but the experiment became an important step towards moving image, an area I myself explore in the borderland of pedagogy, photography and sculpture.

I have taken video sequences of people on site looking into the sun (during the workshop day an artificial deputy) while they say “I love me”. The pictures were printed as stickers attached nearby. Along the eastern south, the promenade city is given an additional, fleeting, story. The paper labels rained off just a few days later.

The idea was to take pictures during workshops in Batumi, Georgia, and then print the image sequences on metal plates that would be attached along the water in Batumi. The conditions in Stockholm were different so that the workshop itself was concentrated on one day, so I chose a faster process where the pictures were printed directly on paper labels that the participants attached along the walk by the water.

The work is intended to raise questions about how photographic technology and communication has been developed, relocated, and promoted.

From craftsmanship to everything being handled automatically through streamlined technology flows.

Production and development end up far away, where wages are at their lowest.

I love borrowing Street art as a strategy to approach the city as a space for art where context is as important as the addition. This is where the water and the environment around it come in with these micro-monuments that we set up. It denotes temporary interventions in the city’s architecture / environment and contributes with an additional layer of story, to actively make additions and comment on the existing cultural heritage – to Cultural Heritage (Concept by Qaisar Mahmood).

The images were set up in the environment we chose for the presentation of the project and interacted with the historical environment where industries once existed and where remnants of industry still exist today. The location by the water in the city’s former working – class district was fundamental to the city’s growth. The images in I Love Me thus also become images of a revived hope, an annual ring of culture and joy that communicates with the past.

The magic between the images arises in the viewer’s interior; it is an active action that is clarified in the work where we read the words between the pictures in each series.

Decision-making in democratic processes is ultimately based on representation of the will of the population. The smallest component is then the individual. We live in a narcissistic time where our own development and success is what is most valued. But the success stories and body ideals have created other voids of loneliness and feelings of inferiority. So I love me want to stroke us on the cheek on a plane, say it’s okay. It’s okay to be you. Try to love yourself with all that entails. Love your flaws.

When you truly love yourself, an understanding or compassion for everything else arises.

If we do not have citizens who love themselves, we cannot have a society with empathy.

In I Love Me, the participants manifest this in micro-monuments that are set up in an environment that bears memories of the hard work of day laborers who have carried the city’s industrial and cultural development from shipyards to tourism, IT, environmental innovations or what the future will show.” 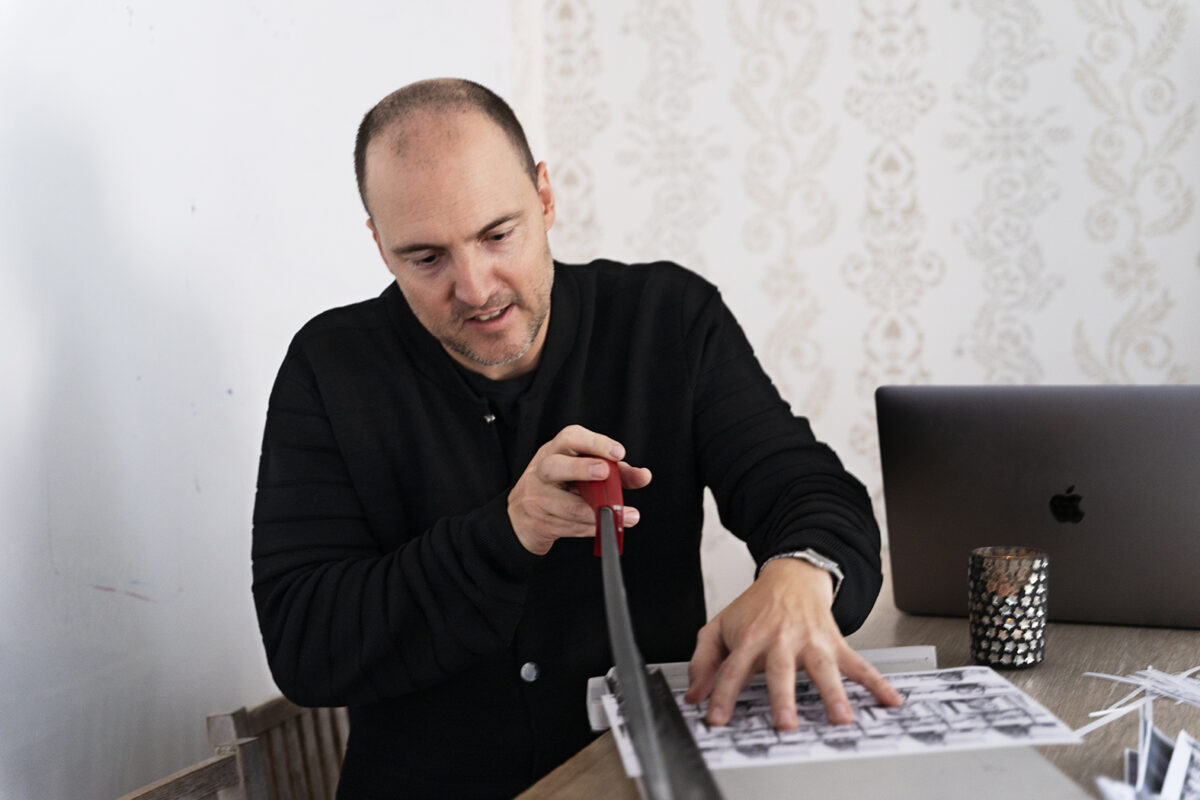